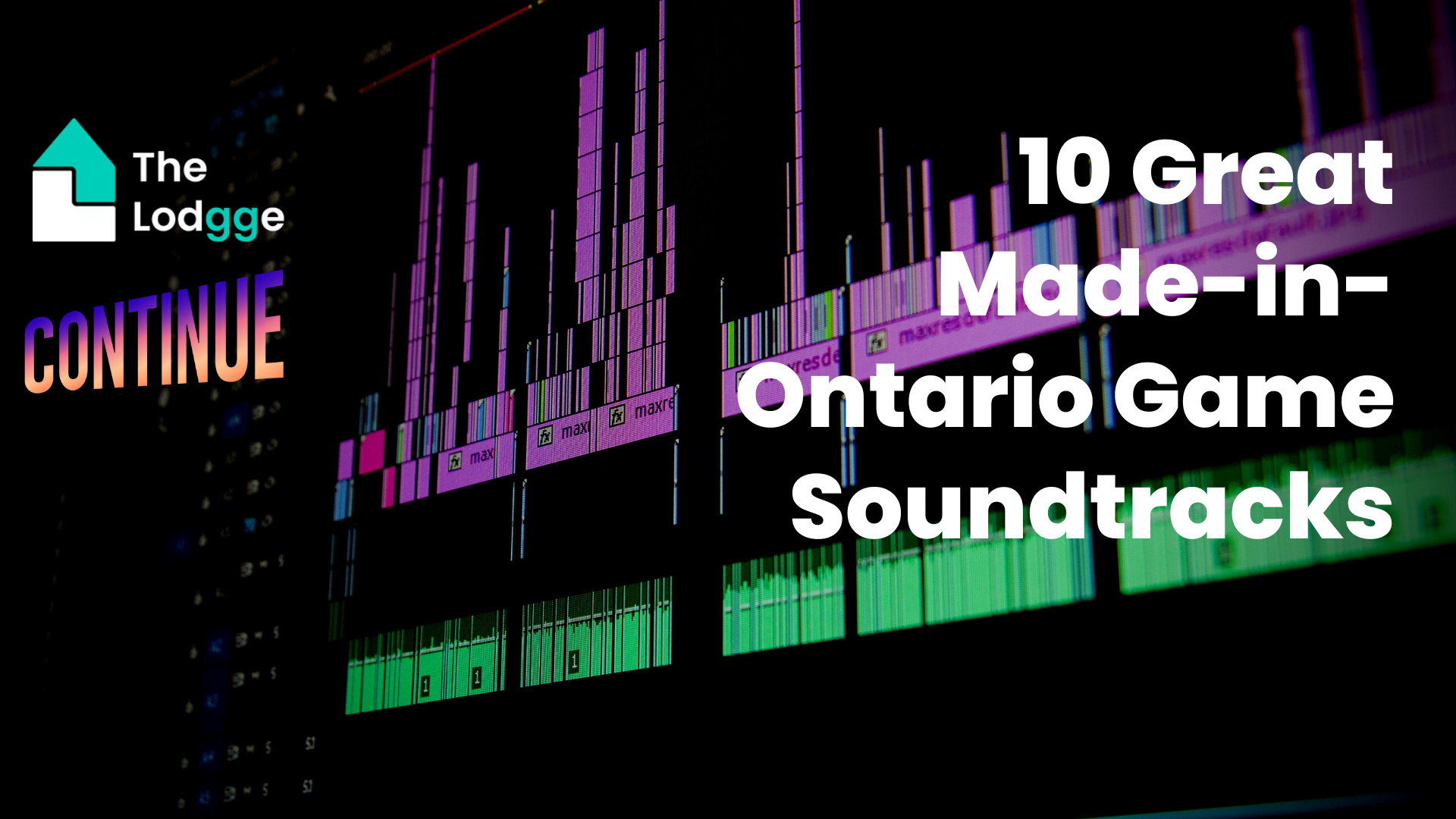 Ontario has long been known as one of Canada’s hotspots for up-and-coming music talent, and more recently some of the most exciting emerging sounds can be found in locally made video games. From Interactive Ontario members and beyond, video game soundtracks are pushing boundaries and grabbing the attention of music fans around the world.

Full of catchy riffs and compelling melodies, many of these games are already available on Steam, Xbox, PlayStation, Switch, and mobile devices. Whether you’re clashing swords in an underground dungeon or solving the puzzles of a long-distance relationship, the game soundscapes currently coming out of Ontario will keep you coming back for more. In addition, all of these soundtracks are available for streaming and download, letting you groove along even outside of the game.

Journey into an underground labyrinth filled with sword-slashing puzzle battles and animated creeps! Featuring chill mid-tempo beats mixed by Toronto’s Sam Webster, GRINDSTONE is a puzzle battler set to a funky and dynamic score that “takes the listener on an odyssey of fantasy-fueled chorales over face-screwing hip hop beats and lo-fi synth sorcery.” This is the perfect soundtrack for hacking and slashing through over 250 levels of skill-testing traps, or getting a dope party started. Webster’s compositions can also be heard in Brox Corp’s new shoot ‘em up Skies of Chaos.

Jazz!!! RUNBOW, by 13AM Games, is a hugely entertaining party platformer with a high energy jazz score by Toronto’s own Dan Rodrigues. This infectious soundtrack is full of non-stop jazz riffs reminiscent of Jon Batiste’s score to Pixar’s Soul, all with a rockabilly swing twist. Let this soundtrack propel you through endlessly colourful levels of single or multiplayer chaos, that you just have to experience for yourself. Taken outside of the game, this soundtrack will have you imagining wacky cartoon antics and retro cool environments.

Created right here in Ontario by Lightning Rod Games, A FOLD APART is an award-winning puzzle game featuring a delicate and sunny piano score by Vancouver’s Riley Koenig. This memorably enchanting soundtrack underscores the emotional rollercoaster of a long-distance relationship, all depicted in a world of folding paper! Full of twinkly piano melodies and swelling strings, Koenig’s gorgeous score contributes so much to the romantic storytelling of the game, and is also perfect for sitting by a window with a mug of tea daydreaming about someone an ocean away.

Why settle for one type of sound, when your game’s soundtrack could feature all of them? The soundtrack to Cococucumber’s ECHO GENERATION, by Pusher, contains wall-to-wall eclectic stylings, from garage rock to Stranger Things-esque retro synth, and also classic chiptune style tracks. Winner of Indie Game of the Year at the Canadian Indie Game Awards, ECHO GENERATION is a turn-based adventure game with a supernatural twist. Pusher’s atmospheric blend of electronic and synthwave music accompanies the player as they uncover a time-spanning conspiracy in their hometown, all while jamming to an excellent soundtrack that will keep players on their toes.

Nobody Saves the World

This fresh new take on the action RPG boasts a soundtrack by Ontario singer-songwriting legend Jim Guthrie (Superbrothers: Sword & Sworcery EP). NOBODY SAVES THE WORLD invites players to dress up in various costumes – ghost, dragon, slug – to gain abilities and clear out dungeons, all underscored by Guthrie’s mid-tempo, mysterious adventure vibes. With crunchy guitar riffs and soaring synth waves, this is exactly the soundtrack you’d want if you actually did plan to save the world.

LONGSTORY is the award-winning LGBTQ+ dating sim launched in 2014 by Bloom Digital Media to critical and audience acclaim. Featuring a bright and charming soundtrack full of ukulele and trumpet melodies by Toronto’s Maggie McLean, this game invites players to play as the gender of their choice, and date the cutie they like best! The opening track features sunny vocals, emphasizing how LONGSTORY wants the player to cast their imagination back to high school, and make sure “it’s my story now”. Not to be missed!

FIRE TONIGHT is a narrative puzzle game centered on Devin and Maya, two young people trying to find their way back together in a city on fire. The soundtrack by Toronto’s Lex Metcalfe covers a range of styles, from groovy synth to 80s-inspired guitar jams. Take a listen to selections like “Fire On The Tracks” or “Closed Roads” to get a feel for this moody, epically cool tale of young love.

A SHORT HIKE bills itself as “a little exploration game about hiking up a mountain”, and the soundtrack by Mark Sparling perfectly evokes this idyllic locale. With peaceful and calming, acoustic guitar, accompanied by bright piano melodies and even mandolin flourishes, this soundtrack is perfect for discovering hidden treasures and taking in the world around you – whether in the game or outdoors in real life.

WYTCHWOOD is a crafting adventure game set in a land of gothic fables and fairytales, featuring a lush and thoughtful acoustic soundtrack by Liam Sauvé and Ryan Roth. Set in a strange autumnal countryside, players assume the role of the old witch of the woods, collecting magic ingredients and passing judgement upon a capricious cast of characters. Sauvé and Roth’s haunting low-fi score adds an air of brooding mystery to the game, inviting players in deeper as they uncover the secrets of WYTCHWOOD.