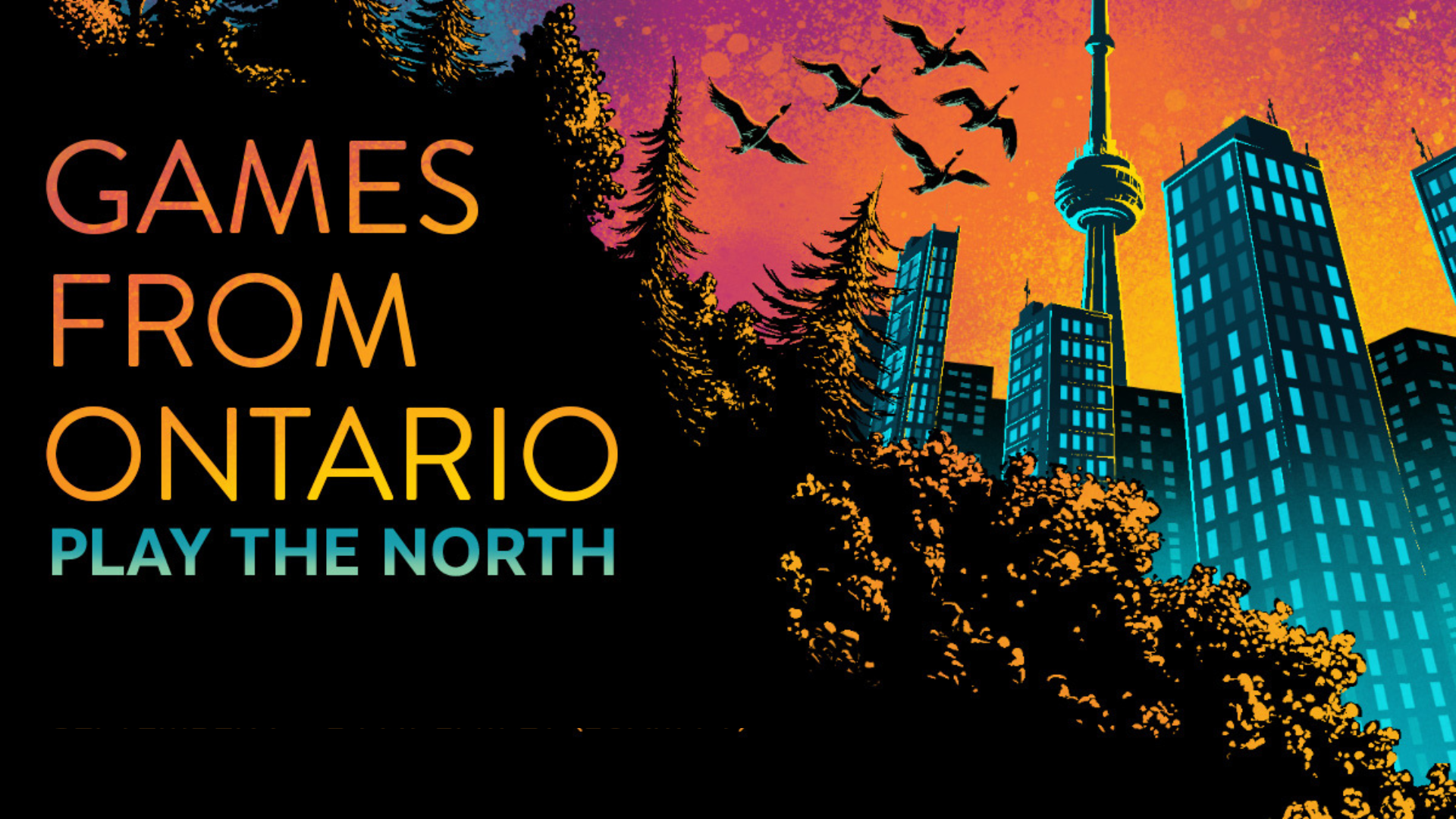 11 Hidden Gems From the Games From Ontario Steam Sale

“That game was made in Ontario?”

Over the past few decades the province of Ontario has grown into one of the greatest places on the planet to make games. Developers know it and games industry at large knows it, but the average gamer – and average Ontarian for that matter – may not know that their favourite games may well have been produced and developed right here in Ontario. With more game studios than any other province in Canada, Ontario is a game development superpower – and it’s high time the world took note.

That’s part of the reason why Interactive Ontario and Ontario Creates recently teamed up to organize the inaugural Games from Ontario Steam Sale, a fantastic collection of nearly 200 games – released and coming soon – showcasing just what a powerhouse the province has become in the games space. Running from September 7th to 14th, it’s a long overdue celebration of the Ontario games industry and a chance for almost 100 local developers and studios to invite players from around the globe to “Play the North”.

With many of the titles featured in sale discounted by up to 90%, there’s a huge incentive for Steam users to check out the event. In addition to steep discounts on dozens of homegrown games, there are also a ton of demos and Early Access games featured in the sale, along with upcoming titles that can be wishlisted. Not sure where to start? The Lodgge has you covered.

Here are 11 hidden gems from the Games from Ontario Steam Sale:

Keep Talking and Nobody Explodes

As its title might suggest, communication is the key to Keep Talking and Nobody Explodes if you, well, want to avoid some serious virtual fireworks. The asymmetrical co-op game, from Ottawa’s Steel Crate Games, puts players in the role of a “defuser” – the person with the ticking time bomb – and the “experts” sent to walk them through the process of disarming said explosives. The catch is that only the defuser can see the bomb and its inner workings, which are randomized for every game. Keep Talking and Nobody Explodes bridges the gap between board game and video game, bringing the fast-paced “fun” of an action movie bomb defusal to your living room. And for a more immersive experience right out of The Hurt Locker, the game also supports VR modes.

From Toronto’s Massive Damage (Halcyon 6) comes Star Renegades, a roguelite RPG with all the trappings of a high concept science fiction movie. Featuring a stunning 2.5D pixel art style and turn-based combat inspired by classic Japanese RPGs, Star Renegades smartly integrates its roguelite elements into the narrative through an Edge of Tomorrow style sci-fi scenario. Through a procedurally generated campaign, players are tasked with stopping an inter-dimensional invasion and are able to pass any acquired knowledge and skills to the next dimension every time they are defeated. Revive and repeat. It’s a blast.

A Short Hike invites players to explore Hawk Peak Provincial Park as a young bird named Claire, desperately seeking a cellphone signal. We’ve all been there! Walk, climb, and fly around the park, collecting treasures and interacting with other hikers, or just relax and take in the scenery. The game captures the thoroughly Canadian experience of going for a walk in the wilderness, in its own adorable way. Developed by Toronto’s Adam Robinson-Yu aka adamgryu, A Short Hike won the Seumas McNally Grand Prize at the Independent Games Festival Awards in 2020. It’s the perfect game for autumn.

In the distant future, working as Private Investigator in the slums of a dystopian metropolis, Detective Meeygen Hill is tasked with solving a murder. Hill Agency: PURITYdecay – from Hamilton, Ontario’s Achimostawinan Games – turns a classic gumshoe scenario into a compelling piece of interactive fiction described by its creators as an “Indigenous cybernoir detective narrative adventure.” Hill Agency borrows heavily from hard boiled detective fiction and famous film noir stories to create a stylish adventure where the player P.I. truly has their work cut out for them. Game designer Meagan Byrne, who has a background in theatre, was inspired by the work of film director Terry Gilliam and games like Oxenfree – a winning combination to be sure.

Rollers of the Realm: Reunion

The sequel to its award-winning 2014 title Rollers of the Realm, Rollers of the Realm: Reunion is the latest title from the Saint Catharines, Ontario game studio Phantom Compass. Like its predecessor, the game is an imaginative blend of classic arcade pinball and fantasy RPGs that has plenty to offer to fans of both genres and newcomers alike. Players will travel through dozens of stages using upgradeable heroes – the rogue, the knight, the mage, and the healer – swapping out characters when a puzzle or battle demands a specific skill or spell. Rollers also offers two-player couch co-op and, in true pinball tradition, the sequel introduces a ranked mode where players can compete for the highest score.

Anyone with an interest in dinosaurs or who has recently visited the Royal Ontario Museum will definitely want to investigate Fossil Hunters from Toronto’s Reptoid Games. Play as one of four unique fossil hunters on a quest to uncover assorted dino remains and showcase their findings to the world! This action-adventure title will have you traversing several different environments while avoiding many unexpected hazards along the way. Accessible to all age groups but absolutely perfect for younger players, Fossil Hunters is an entertaining crash course in both dinosaur anatomy and paleontology – an educational game that could easily be used in a classroom setting to teach children teamwork and foster creativity.

A horror-themed, choose your own adventure style visual novel pitched as Twin Peaks meets Life is Strange and Gravity Falls, Scarlet Hollow has garnered a lot of buzz for Toronto’s Black Tabby Games since entering Early Access last year. Can you survive for a week in the town of Scarlet Hollow? That may be no small task for players given the cavalcade of horrors that call the titular town home. The game’s compelling story and arresting art style both come courtesy of Ignatz Award-winning graphic novelist Abby Howard (The Crossroads at Midnight). Need something to play this Halloween? Scarlet Hollow is the perfect game for the spooky season.

Komi Games, located in Toronto’s Distillery District, knew exactly what they were doing when they developed Mighty Fight Federation – a 3D arena fighter reminiscent of games like Power Stone. When a game comes with its own Hype Meter it’s probably going to be a lot of fun, especially when it allows players to take said “Hype” and use it to devastate their opponents. That’s just one of the innovative mechanics designed to keep players on their toes, but it doesn’t stop there. Did you know that Mighty Fight Federation has seen Playtonic Games’ Yooka-Laylee, ToeJam & Earl, River City Ransom’s Kunio and Riki, and Miriam from Bloodstained all appear as guest characters? Everyone loves a cameo.

Love them or hate them, raccoons are just a part of life in communities across Ontario. Whether they’re annoying neighbourhood pets, knocking over garbage bins in search of their next meal, or generally getting into places they shouldn’t be, the creatures have earned their reputation as nocturnal nuisances, particularly in urban environments. That reputation – along with a few close encounters with the masked mammals – inspired Toronto-based game developer Jason Leaver to make the appropriately titled Trash Panda. Essentially an urban raccoon simulator, Trash Panda puts players in the role of a common raccoon trekking across the city on a mission to make as much of a mess as possible. To truly capture that Toronto feeling for players, the developers also recreated several neighbourhoods in game using actual map data. Relive the night when a family of raccoons tore open your trash bags or destroyed your garden – this time from the perspective of those pesky varmints!

What would happen if Tetris and Galaga had a baby? That offspring might look something like Star Salvager, the debut title from Ottawa’s A-Game Studios. A mashup of the iconic falling block puzzle game genre and classic space shoot ’em ups like Galaxian, Star Salvager feels like it could be a lost arcade classic – save for a modern roguelike progression system that helps to take the edge off of the arcade-style difficulty. Add in a generous helping of 1980s sci-fi aesthetics (one of your companions is a glam rock mushroom alien) and a spacy soundtrack, and Star Salvager is a must-play for fans of both action games and puzzlers. Try the demo for free!

For fans of games like Hollow Knight and Dead Cells interested in a more story-driven experience, Foregone – from London, Ontario’s Big Blue Bubble – may be the game for them. This 2D platformer leans into its gorgeous pixel art style and fluid combat to provide players with an action-packed experience that doesn’t punish them in quite the same way as other roguelikes. Frequent checkpoints mean that you’ll be spending more time blasting, slicing, and flipping your way through baddies than backtracking or replaying entire sections of the game. Great voice acting, a massive variety of weapons, a deeply rewarding skill upgrade system, and the aforementioned art style all combine to make Foregone a true made in Ontario gem.

These hidden gems are just a small sampling of the incredible titles featured in the inaugural Games from Ontario Steam Sale. From indie to AAA and every genre imaginable, there’s sure to be a game for everyone in the sale – and they’re all made right here in Ontario.

To see everything the event has to offer, head on over to Steam and Play the North.